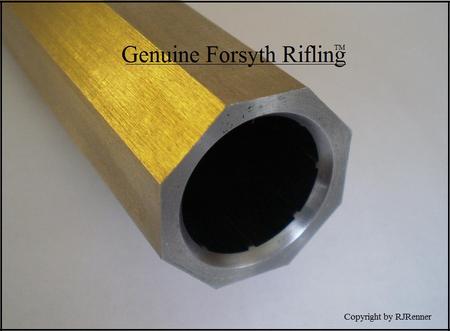 For those who have called and emailed with requests for a Faeton, I am happy to inform you that I am now able to again offer my beloved Faeton rifle to you. 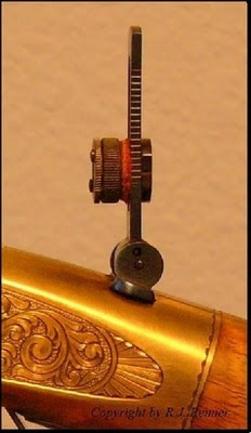 Other sights are available, as are certain scope sights, which can be discussed during the design phase of ordering your Faeton Trophy Rifle. 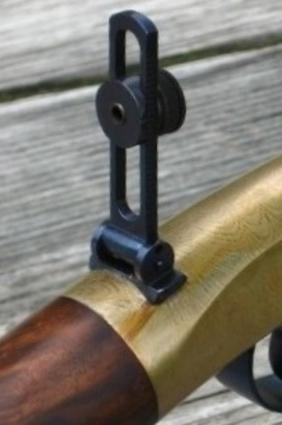 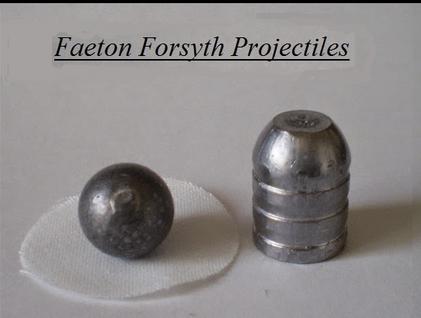 Each Faeton rifle is made to the customer's order and includes options of higher grade wood, engraving, personalisation,  scope-sighting for those who need it, and variations on the theme as seen in the very handy Carabine de Chasse, above.

The cost for our basic Faeton rifle is $3000 and will require a deposit of $1000. Call us today to discuss the design of your Faeton Trophy Rifle, the Ultimate Underhammer Rifle.

Mounting the hammer below the receiver, where it swings upward to the barrel, offers several technical advantages over traditional designs. First, the View of both the sights and the target is not interrupted by the distraction of a hammer protruding into the field of view. Second, the position of the ignition system keeps the cap flash from the eye and provides a greater margin of protection to the face from cap shrapnel.

So designed, the Faeton™ is naturally ambidextrous and provides equal ease of operation to those favoring shooting from either the right or the left side of the rifle.

Mounting the hammer below the barrel also allows placement of the nipple directly into the barrel without need of a separate bolster or snail. So arranged, the cap flash is projected directly into the powder charge in a very consistent burn pattern resulting in Instantaneous Ignition. Additionally, the Faeton™ underhammer design provides some of the fastest lock times of any percussion action.


The optional Graduated Adjustable Aperture Sight™ or GAAS, as seen above, allows one to pre-set the sight to a specific distance. The GAAS features an adjustable aperture element as provided by The Merit Corporation. Simply turning the knurled front disk will open or close the aperture within to suit the individual or the shooting conditions. Turning the inner knurled ring - the sight body - allows the sight to be adjusted for elevation. A leather washer holds the sight setting securely yet is easily loosened for quick adjustment.

Fitted with a tapered barrel of the finest steel and of medium weight and 30 inches in length, Faeton™ is blessed with snap-to-your-shoulder perfect balance and admirable accuracy. Each barrel is bored and reamed to a fine smoothness, then the rifling carefully cut to our precise standards. After planing to the final configuration, each barrel is then expertly draw filed by hand with a mill file and plenty of pure gypsum chalk. 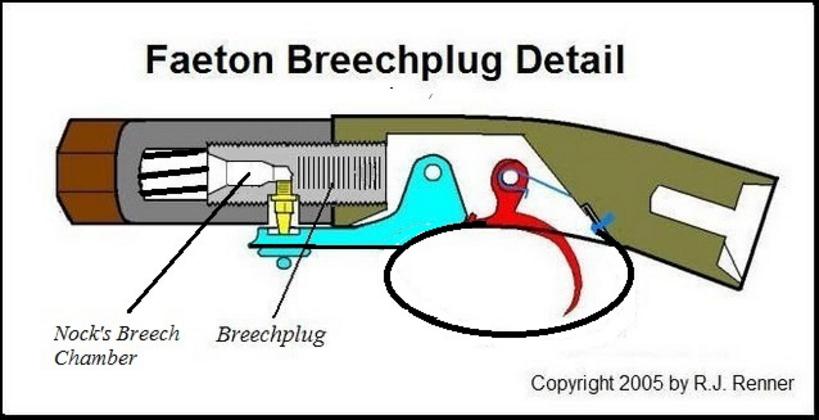 The most accurate rifle is only as effective as its sights will allow. With that truth in mind, and because most of our clientele are experiencing challenges in clearly viewing rifle sights of most any type, we have pursued the development of improved sighting systems which will allow those with tired or weary eyes to extract the most accuracy from the Faeton™ rifles we craft.

It is common knowledge that a "peep", or aperture sight, is generally more accurate than is the simple "U" notch rear sight and based upon that premise we have designed a "peep-sighting" system which we are pleased to offer.

We begin with a fine-blade front sight of German Silver and our exclusive Adjustable Peephorn™ at the rear. This is standard fare and allows great ease in acquiring the sights and extracting the utmost in accuracy from the Faeton in the event that a long shot may have to be taken.

While praised by all who have used it, those with aging or weary eyes will especially appreciate our exclusive Adjustable Peephorn™ rear sight. This unique sight provides the advantage of quick sight acquisition in low-light conditions. Its use is instinctual and consists of viewing the front blade through the “aperture” which is formed by the semi-circular arms which suggest a buckhorn sight. A horizontal center-line is inscribed across the back face to indicate the center of the aperture and affords quick and accurate sight alignment. Elevation adjustment may be made by the simple and positive stepped elevator.

The Adjustable Peephorn™ will provide great ease in acquiring the sights and accurately placing the shot for those shooters who experience difficulty in using typical iron, aperture, or ghost ring sights. Because we also are of the age where eyesight can sometimes be tricky in the field under changing light conditions, we are constantly working to provide sights that will accommodate the needs of our more seasoned clientele. We believe our new Adjustable Peephorn™ rear sight will do so quite readily. 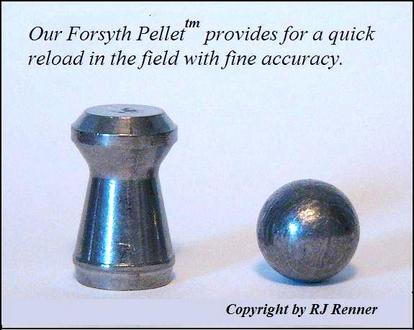 The barrel and the buttstock of the Faeton™ are solidly mounted to a "receiver" fabricated of the finest gun-making bronze (traditionally know to as 'gun metal'), thus producing a rifle of exceptional strength, the finest accuracy, and slender gracefulness. It should be understood that the receiver and buttplate are not fabricated of mere brass, but rather an alloy of silicon bronze known as Hercalloy that is as tough and durable as some grades of steel. We like to think of it as "golden steel."

A separate forearm of half-stock configuration is secured directly to the barrel and is fabricated in a manner that renders it solid and immune to cracking or warping such as is typical with traditionally-designed muzzleloading rifle stocks.

It should be noted that the Faeton™ barrel and receiver are joined by an extra long breechplug which is screwed into the barrel. The barrel is then tightly screwed into the receiver much like a bolt action rifle. The resulting stiffness provides the utmost in durability in the finished rifle as well as accuracy to the shot.

The Faeton™ breechplug, as seen in the diagram above, brings barrel and receiver into tight union allowing placement of the nipple directly into the breechplug thus reducing ignition time while also forming an enclosed nipple pocket that protects the shooter and bystanders from the rifle "spitting" cap shrapnel, a common offense of most underhammer rifles. Additionally, the Nock-style high-pressure chamber provides an intensely hot ignition impulse to completely burn the blackpowder charge and provide consistent shot-to-shot ignition and accuracy.

Further, the bottom-mounted nipple is granted greater Protection from inclement weather and greatly reduces the possibility of the percussion cap being inadvertently displaced when hunting in brush and bramble. Both of these features are much touted by proponents of the modern "in-line" designs, yet the Faeton offers them while maintaining an Old World aesthetic that is appreciated by traditionalist hunters.

Are you the Thinking Man?

The Thinking Man will take the time to read and appreciate what we have to share with you. We believe that there still exist those who understand that the journey has as much value - maybe more - than the destination, perhaps even more. If the journey matters to you, our versatile and capable Faeton Underhammer Rifle will certainly serve you well on that journey.

Through the years we have offered several designs of underhammer rifles that are unique in their blending of modern technological advances with old-world design and craftsmanship in a way that does not sacrifice the aesthetic appeal of these time-honored designs. They satisfy our demand for a perfect blend of form and function and are, in fact, high performance art.

One observes immediately that the Faeton™ is utterly simple in design, that being its core strength. There are only two moving parts - the hammer and the trigger. These are mounted into its solid metal receiver on tool steel axles. There are no small or fragile parts to be broken or easily lost. In honoring the theme of simplicity, the Faeton's triggerguard also serves double duty as the mainspring to power the hammer and fire the rifle. As a long, lightly-stressed spring it is far less prone to breakage than the short, highly-stressed mainsprings that are employed in conventional gunlocks.

The cap will not fall off the nipple.

Contrary to what one might think, or what may have been an unfavorable experience with an ordinary underhammer rifle, the percussion cap will not fall off the nipple of the Faeton™. This is due in part to the special design of the musket cap nipple which we use on our Faeton™ rifles as well as the heavier construction of the musket cap itself. We do not recommend the use of #11 caps as they are designed to be frangible and are rather frail in construction. The large, sturdy musket cap, on the other hand, is easier to handle and provides a much hotter flame that more assuredly ignites even most modern blackpowder substitutes.

One will notice in the illustration above that the cap flash is directed into a high-pressure chamber and a coned breech which provides an amplified ignition impulse due in part to the shaped-charge principle. The result is clean and complete burning of the charge which translates as more power with less fouling in the bore and ease of loading subsequent shots. In one test, twenty consecutive full-power rounds were loaded and fired without cleaning, yet the Faeton™ rendered good accuracy for each shot.

Call us today to discuss your Faeton Trophy Rifle!

Our large-bore Faeton™ rifles are of .58 and .62 calibre and employ Genuine Forsyth Rifling™ which serves several purposes and results in attributes unique to Faeton rifles. Accordingly, the rate of twist in the Forsyth barrel, at a mere 1 turn in 72 to 100 inches (based upon customer's needs), is very slow and the grooves wide and shallow by conventional standards. While seemingly too small to be effectual, Forsyth's narrow lands and wide, shallow grooves provide high velocity with admirable accuracy to large round ball projectiles.

In addition to providing the fine accuracy we demand, it has further been observed that our slow rifling provides the highest velocities to the large patched ball with very little stress imparted to the rifle. High velocity equates to flat trajectories over unknown distances which provides a rifle with Superior Ballistics  for a longer Point-Blank Range.

For those who prefer to load and shoot small caliber pistol bullets in sabots, we can provide a barrel for such as well.

Today's muzzleloading hunter has a plethora of bullets from which to choose. And while we  prefer to craft traditional big-bore round ball rifles for hunting big game, we understand that it is the customer's need that comes first. Whether the target be rhinos, rabbits, or just paper, we can provide a Faeton™ which will always render the highest performance for you.

If you would like to learn more about the benefits of Genuine Forsyth Rifling, send us a request by email and we will send you a pdf copy of Captain James Forsyth's outstanding book, published in 1862, The Sporting Rifle and Its Projectiles. In it he explains the concept and ballistic principles behind his revolutionary system of rifling sporting rifle (muzzleloading) barrels for round ball projectiles.  We've also learned how to adapt it to shoot conicals, too.