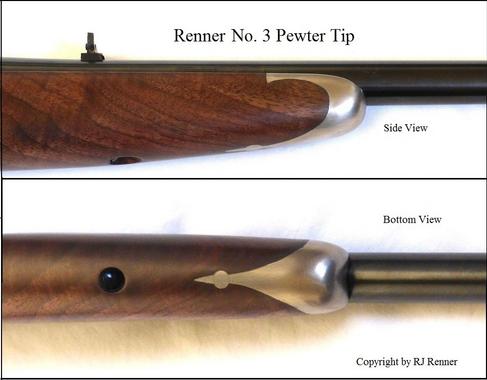 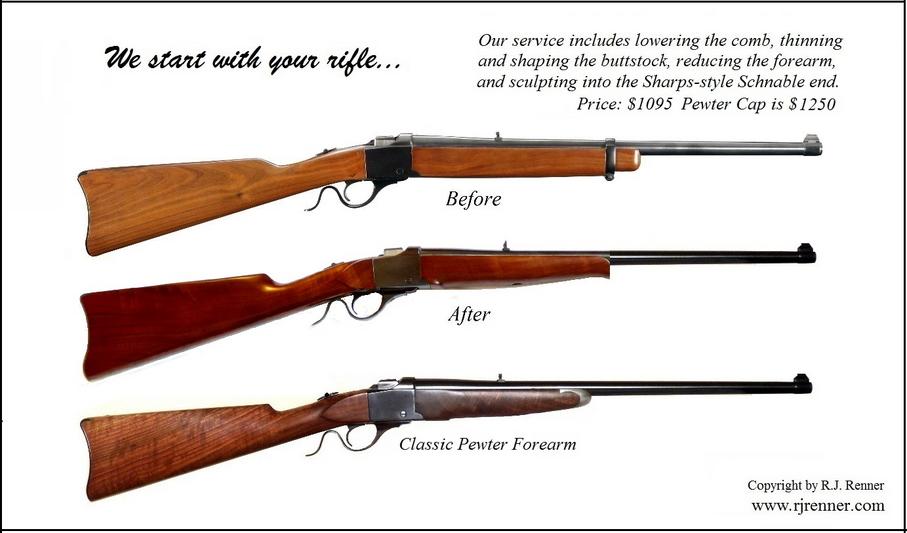 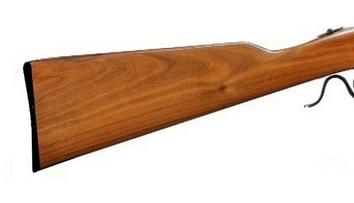 If you like your Ruger No.3 now, wait until we perform our magic on it. You will absolutely love it! 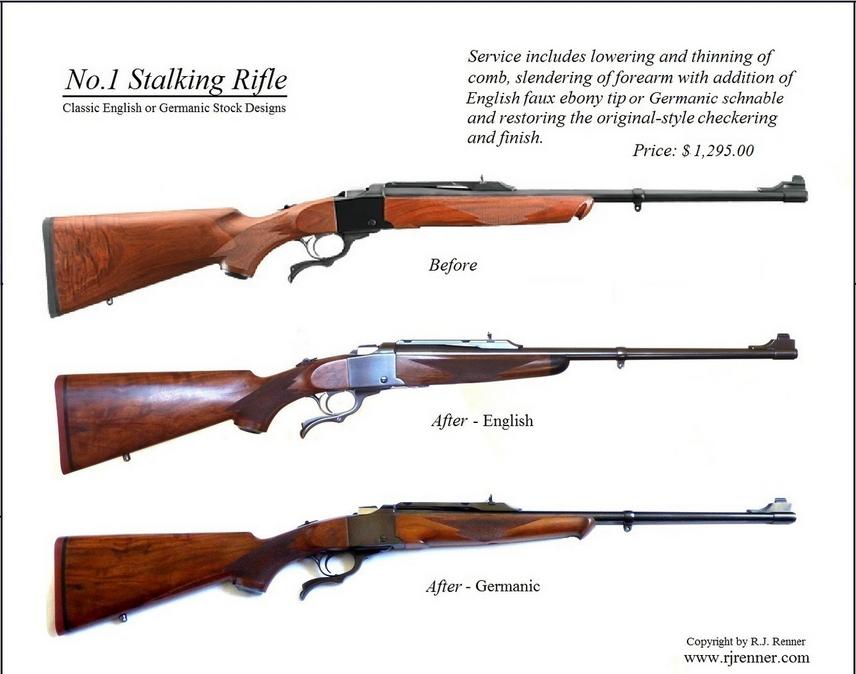 Several options are available for the Ruger No.3

rifles including the Pewter Tip as seen to the left and a flat buttplate to replace the military-style Ruger buttplate. The flat plate better transfers recoil to the shoulder in the large calibre No.3s.

We start with your Ruger No. 3 stock and transform it into the sleek and slender American Saddle Rifle seen here. In addition to thinning the comb of the stock, we also form panels behind the receiver similar to those on the Ruger No.1 rifles and other higher quality rifles of the singleshot era.

Likewise, the forearm is dramatically thinned and shortened and optionally we install a genuine pewter tip as found on the higher grades of yesteryear's rifles. A Schnable forearm as seen below is standard treatment.

Call us today to discuss your Trophy Rifle!

Mr. Bill Ruger left us single-shot rifle fans a wonderful legacy in his masterpiece No.1 Single Shot Rifle. In less than 50 years it has become, arguably, the most popular center-fire single-shot sporting rifle in the world. It IS the new Classic by which all others will be judged. However, as good as it is, there's room for improvement that will enhance the handling and enjoyment of this fine rifle by those who ask for more of a factory rifle.

While most No.1s come equipped with open sights, the stock was designed for use with a scope. For those shooters who prefer the classic open sights, the comb is too high to comfortably view those sights. We can lower and thin the comb so that when the hunter mounts the rifle the sights are easily and quickly aligned with the target. By lowering the comb, the felt recoil against the cheek is significantly reduced as well.

While we appreciate the classic Alex Henry forearm, through the years it has become clubby and much less slender than in earlier versions. We have reduced its bulk and length and added a faux ebony tip for the English Stalking Rifle or the classic Austrian-style Schnable forearm tip for a decidedly Germanic Stalking Rifle. These treatments, along with our thinning of the buttstock results in a mimic of those more slender and elegant sporting rifles of the pre-World War I era.

Until you handle one of our No. 1 Trophy Rifles, you can't imagine how removing just the right amount of wood - in just the right places - can result in a rifle that handles like a fine shotgun. It's as if the rifle has a mind of its own and seems to float to your shoulder and aim itself instinctively.

Our service costs much less than the thousands charged for custom restocking work and results in a No. 1 Trophy Rifle that is sure to become your favorite rifle and a treasured heirloom.