We start with your rifle and artfully refashion the stock into the slender, graceful form of those beautiful sporting rifles of the late 19th and early 20th Century which initially inspired Mr. Bill Ruger and Mr. Samuel Cummins, founder of the old Interarms company, to produce the Ruger No.1 and M77 and the Interarms Mark X Mauser and Mini Mauser rifles, respectively.

In creating our Early Mauser Sporting Rifle, we also raise the trigger guard and floor plate about 1/4-inch which results in an incredibly slender bolt action rifle that handles like the finest of shotguns. It just seems to float to your shoulder and aim itself!  We also offer optional barrel services and sights which can complete the classic look of those early Oberndorf  Mausers without their high cost.

Additionally, we re-checker the stock at 22 lines per inch and finish with an all-weather factory-type "Hunter" finish. The price is a mere fraction of the cost of restocking your rifle or that of a custom build and the result is a Trophy Rifle that is sure to become an heirloom.

or Email us now!

"Life is too short to hunt with an ugly gun."

We begin with your No.1 and re-barrel it for your chosen pistol cartridge. Then we craft a new Mannlicher forearm to match.  The results are amazing. You can't imagine how wonderfully balanced, slender, and fast and handy this rifle is until you've handled it.  Call or email us now for more info on this exciting new rifle.

As some of you may know, in addition to being a gunmaker, I have also been a professional writer all of my adult life in one capacity or another. Years ago I was an editor and monthly column writer for GUNS & AMMO magazine. I also wrote for the short-lived SHOOTING TIMES publication, HANDGUN QUARTERLY. Additionally, I wrote several blogs and technical papers on various topics. One topic was the interesting subject of sovereignty, both personal and national, which unfortunately, few Americans have learned because that vital knowledge was kept from us by design.

Recently my first novel, THE STONEBIRD FILE: A Quest for Indian Sovereignty, was published. It begins as the story of a teenage boy, Josh Neunan, who has an obsession with Indian lore that leads him down a path that few could ever imagine. He befriends a Sioux Indian, Ricky Bluehorse, and they become blood brothers. Ricky teaches Josh many of the Indian ways, but it was Ricky’s grandfather who gave Josh the name Stonebird because he wore a small stone bird amulet around his neck that he considered to be his “medicine”. But the innocent friendship of two boys became the target of prejudiced small minds.

A quick peek at What We Do 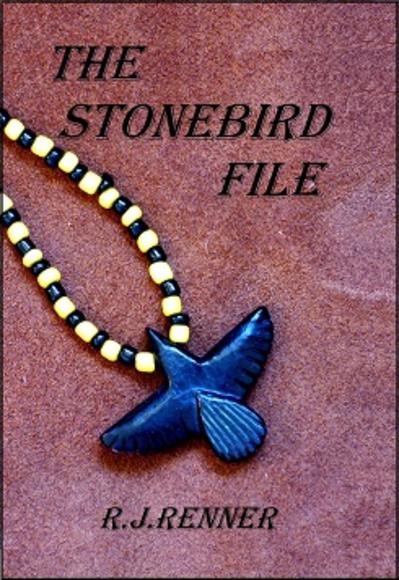 Whether we craft a No. 1, an M77, or our Early Mauser Sporting Rifle, we will produce for you a Trophy Rifle that handles so wonderfully that you have to experience it to believe how removing just the right amount of wood - in just the right places - can make even a clubby rifle handle like a fine shotgun. Our customers agree that It's a real joy to hunt with one of our Trophy Rifles.

Many hunters develop a close bond with their primary rifle. Over time it becomes more to them than just a firearm and a tool of the harvest. It becomes a very personal possession - a trusted companion on every hunt.

Because of its quality of design, materials, and craftsmanship, it stands the test of time and continues to prove to be more than up to the task of bringing home the harvest without fail. Truly, such a special rifle is as much a trophy as the rack of horns or game head on the wall in the den. Each time it’s taken from its case and handled, it quietly reminds of those hard hunts endured to earn that meat in the larder and the horns on the wall. Yes, a good rifle becomes more than a mere tool, in time it becomes a cherished trophy, too.

We believe that every hunter deserves to own and hunt with at least one Great Rifle in your lifetime. It's a rifle that becomes a trusted friend and a treasured heirloom. We can design and craft a Ruger No. 1, our Pre-War 77, or our new Early Mauser Sporting Rifle that will become that One Great Rifle for you.

Later in life, Josh meets an old Indian chief, Two Eagles, who is working to unite the unrecognized Indian tribes under the banner of American Aboriginal Alliance. The visionary chief tells Josh of a long-forgotten, but violated Indian treaty. Upon further investigation he learns that the violation of the treaty could result in the restoration of land to the Indians. It could also cripple the economy of the United States.

Josh learns several of the legal processes by which the Indian people can regain their true sovereignty, not the white-washed version offered by the government. He also learns how to create a silver Indian currency to power their new and unique Indian economy. Its dangerous knowledge to Josh and his friends and powerful people want them silenced.

Josh is a wanted man for sharing an unpopular truth, but he’s free for now to share his message of hope with the Indian people. With the help of a Hollywood make-up artist and the future-seeing ability that he gained while in a coma, Josh is able to stay just one short jump ahead of a mysterious assassin.

Although written as fictional drama, this controversial book invites a reconsideration of the complex subject of Indian sovereignty. It’s a quick-moving story of innocence and prejudice interwoven with bits of suspense, romance, and nuggets of wisdom for the student of sovereignty. Above all, it is a romantic story of hope for a future that many Indians and others have dreamed of for many years. I believe many of you will find it an entertaining and informative read.

THE STONEBIRD FILE: A Quest for Indian Sovereignty is available in Kindle, Paperback, or Hardcover version directly from Amazon: https://www.amazon.com/dp/B08G35HCZT    The book versions feature large type for an easier read. I just learned that Barnes & Noble offers it as well: www.barnesandnoble.com/w/the-stonebird-file-rj-renner/1137561297  And, yes, autographed and personalized copies, which make great gifts by the way, are available directly from me. Please Email me for more information.

Pre-war 77 is a trademark of R.J.Renner

For a look at some of my other work please visit:

Oh what a feeling!

THE STONEBIRD FILE: A Quest for Indian Sovereignty

Call us today to discuss your Trophy Rifle!